I told you, right? I told you that trying to keep a blog up to date would be quite the hassle for me, didn’t I? And, these days, just writing about anything (or working on whatever else I’m writing) is quite difficult. Nothing comes out as it should… I want to blame taking antidepressants again, but I think I just go through phases, going back and forth between creativity and braindeadism…

Not a word? So? What’s your point?

I went to a show last week, one I had been looking forward for months. I even promised you (can’t remember which post that was) that I would do an entire post dedicated to the band. Just the amount of work that would be is making my insides wanna curl up and die.

So, it’s kind of a blessing that during that last “creative” phase of mine, I started this post right here. I wanted to wait before completing it, mostly because I’ve published another one titled Heart-Wrenching Songs. Because, this or movie songs to make you cry, it’s kinda similar, ain’t it?

Well, I would say that it’s not. Because the ones I’m about to share with you, not only are the songs magnificent, there’s also a back story, a visual, a heartbreaking scene. I love when movie makers do all they can to make us feel stuff! 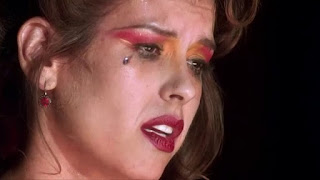 Yeah… this is one of those movies that you either love or hate, or I would think. To be quite honest, although I’ve seen it more than once, I’m not sure what happens exactly. Do I really care? Nah! I still love it and yes, this is my favorite scene. As if the song and Rebekah’s interpretation weren’t emotional enough, you gotta watch Naomi Watts and Laura Harring crying their eyes out. I look just as bad as they do when I watch it. Impressionable? Maybe… except I don’t really care. I love it, who cares why I do? If you haven’t seen the movie, consider this a spoiler… maybe… or not… I honestly have no idea at this point! 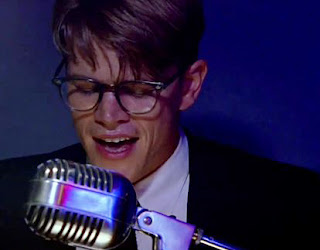 Damn do I love Matt Damon’s interpretation of this beautiful song. I just love how subdued his voice is, and how it works perfectly with the psyche of his character. It’s just the perfect song. No matter what the character does, I can’t help but like him, mainly thanks to this scene right there. He appears so vulnerable, and awkward, and oh so sad! Don’t you think? 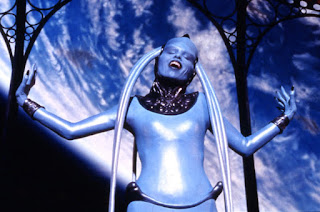 *I tried to find a clip of the scene except there’s dialogue and I thought you’d rather hear the song instead.

Although I have loved this song from the very first time I heard it, I mainly loved the first part. The electronic enhancements in the second half really put me off. This movie is awesome from beginning to end, and this scene is one of the most powerful ones, electronic singing or not. You can listen to the song from the movie when you click on the name, but if you wanna get chills and have your jaw drop, do yourself a favor and watch this video. And weep at how talented this young girl is! 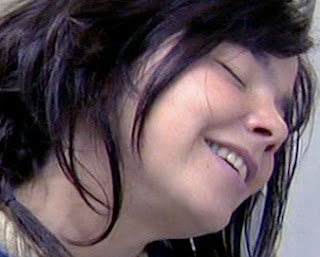 DANCER IN THE DARK

If you’ve seen this movie, you know what I’m talking about here. If you haven’t seen it, this is a major spoiler. You may want to see the movie instead of watching the clip, this way you’ll get the full experience and, well, the scene will make sense. It won’t be any less sad, but you’ll know why this is happening. The song starts at 3:15, yet the action takes place during the song so you’ll still get a spoiler if you skip ahead… there’s no way to avoid it, unless you don’t watch the video. This right here makes me SOB every single time.

I know I usually have five different things for you, and I did have five. Except I didn’t feel the last one to be in its place among the others. So you get only four this time… (yay?).

As you see, I haven’t included musicals (okay… Dancer in the dark is kind of a musical… but I can’t seem to put it in that category for some reason). Believe me, there’ll be a post in the future about my favorite musical flicks.

I’d love to be able to share stuff that’s more recent. Did I not see good movies for many years? No, I don’t think that’s it. But I do have some memory issues and tend to be forgetful about stuff I’ve recently experienced. At this very moment, I can’t think of a recent movie that moved me as much as the ones above.

A fifth one I also could have included is even older than all of those… Moon River, sung by Audrey Hepburn in Breakfast at Tiffany’s… damn, do I love that song. But the scene isn’t that exciting so I chose not to list it after all.

I’d love to know about your own favorite movie scene and songs. Maybe it’ll jog my memory, maybe it’ll introduce me to stuff I’ve missed.

I hope you guys have a magnificent day! Until next time…