You know what I just discovered? Quitting antidepressants, even gradually, comes with side effects… Which means I’ve been experiencing with dizziness, headaches, and crying fits (more than usual)… but the dizziness is the worst of all honestly. Then other symptoms started appearing, most of them just relapses of my MS ones.

Took me a little too long to think about looking up antidepressants withdrawal.

I won’t lie to you, I’m feeling bad enough these days to just wanna start taking the meds again. Especially when it appears that those symptoms could be around for up to 90 days. I can only hope that now that I know, I can brush it all off more easily. That’ll be a harsh autumn if not!

This being said, it might explain why I feel the need to tell you about those songs that just break my heart pretty much every time I hear them. There are many reasons for those songs to be so heartbreaking; the style, the singer’s interpretation, their voice, the words, or even the backstory. And sometimes, it’s everything all at once. And some of the songs below share most of these qualities.

However it may look like, this is not me wallowing in self-pity while lying in bed with the lights off and crying my eyes out. Most of the time, my iTunes is on random and they just come up. I’ll usually stop whatever I’m doing and just enjoy the feels. And no, I don’t cry everytime I hear them. But I do get somewhat emotional, get goosebumps and what not.

Here are some of those songs and why they’re so heart-wrenching (to me, anyway).

PLEASE NOTE: I know it would be easy for me to embed videos of all these songs. Except I do think it is basically stealing views from the “uploader”. Which is why I prefer providing the links so whoever uploaded the stuff I want to share will get their due. I also try to find official sources but… you know… sometimes it’s just not possible.

Angus & Julia Stone (Down This Way) 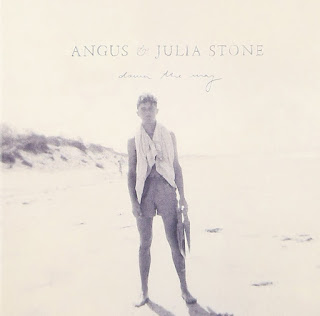 This is a band one of my friends introduced me too some years ago. She lent me their first album, Down This Way, and I gotta say I didn’t really give it a fair chance at first. Until one day, again with the music playing at random, this one song came up and just punched me right in the gut. I was honestly floored… got it all, the chills, the goosebumps, the tears. Was it just that kind of day? Maybe… but it’s happened more than once since and I just love it. I’d even go as far as saying that I find Angus’s voice to have some kind of angelic quality, I find it so beautiful. You can imagine the shock when I saw what the guy actually looks like. After you’ve listened to the song, just look him up and see for yourself.

Aurora (All My Demons Greeting Me) 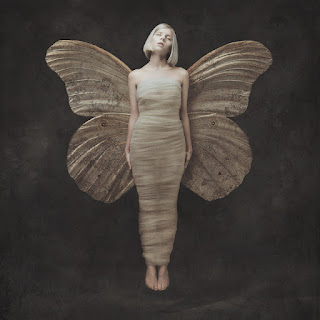 I heard Aurora’s voice for the first time in a NPR Music video on Youtube, one of my favorite channels (I’ll talk about it all more in another post). It’s the second song in this video, but if you liked this song, you might want to hear the other ones too. I won’t lie, at first I thought the girl was quite odd, still I couldn’t shake off her voice or her song. It’s only after seeing more videos of hers that I kind of understood that she seems to be some kind of dancer as well… interpretative dance and what not. I just love it all

Anyway, I basically became obsessed with her and just went to buy her album (an EP titled Running With the Wolves). I hadn’t checked and the song wasn’t on it so I had to buy it separately. There were two versions and I infinitely prefer the acoustic one. In my own opinion, it sounds a whole lot better in a more intimate setting and at a much slower pace. The song is also on her first full length album (All My Demons Greeting Me, pictured above), but to get the acoustic version you’ll have to buy the Deluxe album. Or just buy the song separately, as I did.

We Are Baker (Prologue: The Farmer’s Daughter) 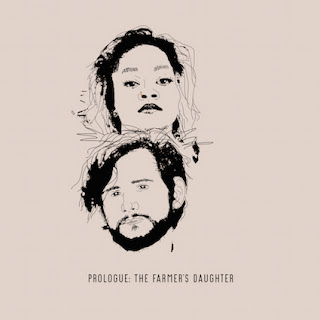 I may be cheating a bit, but this song is actually two songs. Two marvelous songs that come as one in the most wonderful fashion. So much is going on with this… the voices, the softness of the music combined with the harshness of the theme… what do you know, it’s about death again.

I came across Mishal Moore’s work many years ago, stumbled upon some of her videos on Youtube and just fell in love with her voice. I bought her self-made album (albums? not sure anymore) and although the overall style of music on the actual albums wasn’t my favorite, I kept following her because I just find her voice amazing. Then she introduced her followers to We Are Baker, the duo she forms with Richard Cortez (who I didn’t know but damn, what a discovery). Another amazing voice, if you ask me. Bought their album on BandCamp back then, although now the official link from their website sends me to iTunes instead. You can also buy a physical copy for $10.

It just sucks that they’re not more popular than they are. Because they certainly deserve it, they’re just that good. I really do hope this thing they do takes off soon. They announced new music for this summer in this video and… well… summer’s pretty much over with and I’m dying here. Not only that, they’re also giving a show on October 16, 2016 at Rockwood Music Hall in NYC… AND I CAN’T GO! I would think that they would be a great band to have at Montreal’s International Jazz Festival. Don’t you think? 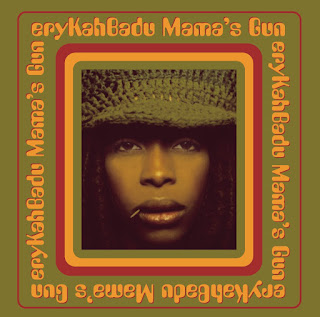 This one… this one is special. Although it is very much heartbreaking (I don’t love you anymore, I’m so insecure, never knew that love did this… you know, that type of song), what I love most about this song is it length – 10 minutes – and how it feels like 3 songs mashed together. You know how Queen’s Bohemian Rhapsody goes through 3 or 4 genres in a single song? It’s pretty much the case here too, but in a more subdued way. There’s nothing there that would make Wayne and Garth go for some head banging, if you know what I mean. But you still get to enjoy more than one style in those ten marvelous minutes.

And again, Erykah’s voice is just one of those I love so very much. Just sweet, and soulful, and perfectly imperfect. Whether or not I like a singer’s voice plays a big part in me liking a song or not. Which I would imagine is the case for a lot of people… but it’s not all there is. Sometimes the voice will be nice but the songs will just be that uninteresting. And I won’t be giving examples because, I say, to each their own… I’d rather speak of stuff I like and don’t feel the need to go all negative on you. 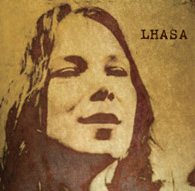 I’ve adored Lhasa from the moment her first album, La Llorona (mostly in spanish), came out in 1997. Yet, although I’ve been keeping track of her career and buying her albums, it came as a shock to learn that she passed away on January 1st, 2010. Breast cancer took that marvelous artist away from us and I gotta say, I still miss her greatly. I can’t believe she won’t grace us with more music. I did see her live once and she was just so good, and generous, and sweet.

There’s no way that she didn’t know what awaited her when she recorded that last album, which came out in 2009. I had been listening and loving it before she passed… I’ve never been able to listen to it the same way again. Mainly this particular song… just go on, read the lyrics as you listen to it. You won’t be surprised to know that yes, I cry every time this comes on my player.

I can’t make such a blog post without at least mentioning Superfruit’s (Mitch Grassi and Scott Hoying from Pentatonix) cover of Katy Perry’s Rise, along with Mary Lambert, Brian Justin Crum, and Mario Jose. You won’t be surprised to learn that I know next to nothing about Katy Perry or whatever she sings, so this was all new to me.

The vocal harmony alone is enough to give you chills, if you like that sort of thing. But the reason for these great voices to come together and sing this particular song, in support of the LGBTQ+ community, is just as eargasm-inducing.

If you’re one of the few who haven’t seen this yet, do yourself a favor and click that link. You won’t regret it.

I hope I didn’t bring you down with all these little sad songs. I do admit, Lhasa’s may be the saddest of them all… yet, I love them all so much, I’ll just listen to them without a care in the world. Go on, sad song, make me cry, I DARE YOU! (They win pretty much every time, still I keep playin’).

But you know, what I really hope is that I introduced you to artists you didn’t know, or some of their work you hadn’t heard before. I promise I didn’t choose the song in that particular fashion, those are really the ones that tickle my tear ducts. They just so happen to not be the most popular songs or artists… whatcha gonna do!

Believe me, there are more songs that make me shed a tear or two. Since some were featured in movies, I want to make a post about more heart-wrenching songs, but they’ll all be from movies. I’ll wait a bit though, I wouldn’t want to overwhelm you with feelings.

So until next time (which I really can’t promise will be in a day, or two, or even three), I hope you guys take care of yourselves and please, tell me what song makes you just wanna crawl into a corner and suck you thumb. I’m always open to discover new things, or revisit things I may have forgotten.

Have a marvelous Saturday, and see you soon!

One response to “HEART-WRENCHING SONGS!”